Take a look at some of the new titles available in the library. If the book you want is currently checked out, let us know and we can put you on the waiting list. You'll receive an email when your requested item is ready.
10/4/18
August 2018 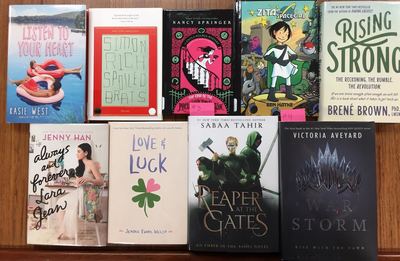 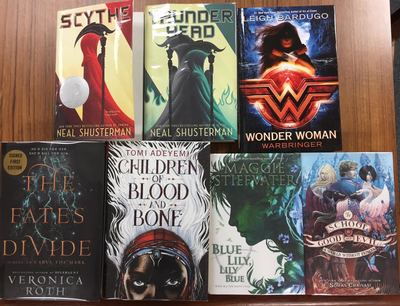 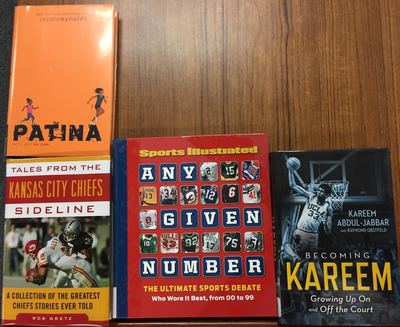 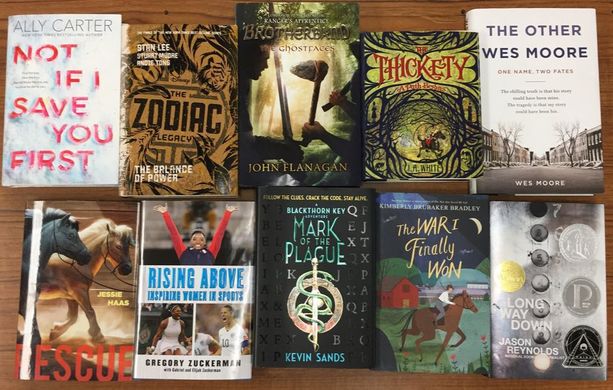 ​April 2018
​
​Take a look at this fabulous batch of new library books available for checkout.  Special thanks to J-Teens and their sponsor Mrs. Linda Calderwood for purchasing 8 of our new titles.  We appreciate your supporting in helping provide resources everyone can use.​ 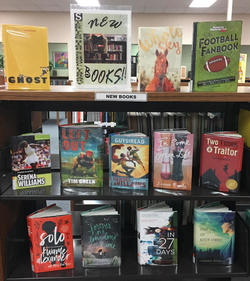 Nov. 2017
In 27 Days - A young girl, upon learning of her classmate's suicide, is approached by a man at the funeral who offers to send her back twenty-seven days in time to prevent her friend's death, but she quickly learns that the mission is a lot harder than she could ever have known.
The Whole Sky - Twelve-year-old Sky, a horse whisperer like her father, must put her own troubles aside when a devastating sickness strikes the foals at the multimillion dollar horse farms where they work.
In Some Other Life - Kennedy chose to pursue the boy of her dreams rather than attend an elite private school, but as their romance ends she gets a glimpse of the not-so-perfect life she might have had.
Solo - 17-year-old Blade deals with challenges of his former rockstar father's addictions, scathing tabloid rumors, and a family secret that rocks his world and sends him on a journey as he searches for his identity.
The Lost Girl of Astor Street - In 1924 Chicago, eighteen-year-old Piper Sail attempts to solve the mystery of her best friend Lydia's disappearance and finds herself in danger as she uncovers corruption in her privileged neighborhood.
Two Times a Traitor - Reluctantly touring Halifax with his family, twelve-year-old Laz Berenger accidentally stumbles through a time tunnel to a 1745 war zone. Caught by English sailors from the American colonies, his only hope for freedom is to spy for them in the French fortification at Louisbourg. But finds himself torn in three directions when the commander at Louisbourg becomes closer than his own father.